The scientific name for peanuts is Arachis hypogaea. Hypogaea means ‘under the ground’, which is a bit of a clue as to where the peanuts grow.

Despite their name, peanuts aren’t actually nuts at all because their shells don’t harden when they mature. Instead, they are part of the legume family, like peas and beans. Other things peanuts are called include ground nuts and monkey nuts — and they’re not actually those things either!

In America, they’re sometimes called goobers, which comes from the Congolese name for them — nguba. Peanuts are native to South America and are thought to have originated near what is now the border of Bolivia and Argentina.

Archaeologists working in the Ñanchoc Valley in northern Peru have found evidence of peanuts having been farmed as far back as 7600 years ago. Since then, peanut growing has become a global industry.

In 2020, according to the Food and Agriculture Organization of the United Nations, 53,638,932 tonnes of peanuts were grown globally. No peanuts are recorded as having been grown commercially in New Zealand, but if Pic’s gets their way, that’s all about to change! Check out what we've been up to in Northland 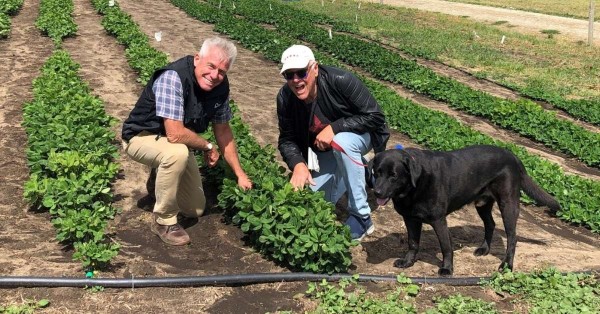 The history of peanut butter

Given that peanuts were being farmed in northern Peru almost 8000 years ago, it makes sense that the first people to make peanut butter were the Incas, whose empire grew out of southern Peru early in the thirteenth century.

Both the Incas and the Aztecs, who lived further north in what is now Mexico, are known to have roasted peanuts over a fire and then ground them into a paste. They were — it seems — the original crunchy peanut butter eaters. 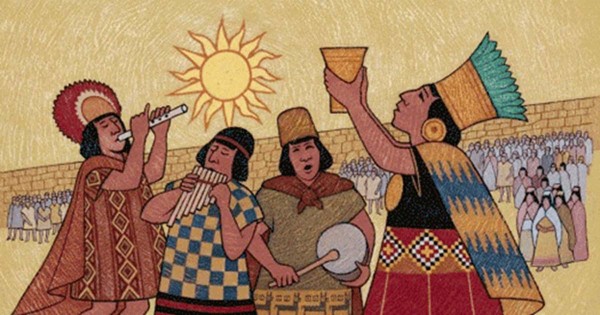 The arrival of the Spanish and their subsequent colonisation of Central and South America resulted in both of these great empires being wiped out. As well as vast quantities of silver and gold, the Spanish also took numerous foodstuffs back to Europe — and one of these was the peanut.

From there, the legume found its way to Asia and Africa, both continents in which it now forms a key ingredient in many local cuisines.

Despite the fact that Mexico is right next door, the first peanuts to arrive in the United States are thought to have been brought by slaves captured from Africa in the seventeenth century. This was the beginning of a love affair between the American people and the humble peanut.

A Canadian chemist, Marcellus Gilmore Edson, applied for a US patent for his ‘peanut candy’ in 1884. In the patent application, Edson describes roasting then grinding the peanuts while they’re still warm until they have ‘the consistency of rather thick or heavy molasses or cream’.

So far, peanut butter — but then he cooled the mixture and added seven parts sugar to one part peanut paste. This paste was then turned into candies (lollies). Had Edson left out the sugar, history probably would have remembered him as the ‘inventor’ of peanut butter.

While many people imagine Kellogg to be a full-time cereal maker, his life was way more complex than that. He was a doctor, nutritionist, and inventor, and one of his ideas led to him applying for a couple of patents.

The first of these, in September 1896, was for a ‘Food Compound’ that involved blanching ‘edible nuts, preferably peanuts or almonds’ for four to six hours before drying them. Then the remaining mush would be passed between rollers to separate the nut meal from the ‘butter or paste’.

The whole point of this process was to make a ‘pre-digested’ food for people who were ‘anemic or emaciated’, of which there were probably quite a few among his patients at Kellogg’s Battle Creek Sanitarium.

Two years later, Kellogg applied for another patent, this time for a ‘process of producing alimentary products. This one involved blanching‘ edible nuts — preferably peanuts’, then cooking them by either boiling or roasting.

These would then be ground or passed between rollers. If he'd stopped there, he would have had peanut butter, but Kellogg decided to add water and put the resulting mixture into cans.

When opened, the cans’ contents would be agreeable in flavor and easily digestible’ with a consistency ranging between ‘soft cheese and hard cheese or dried beef, as well as being slightly brown in colour’.

Kellogg saw this new product as being a substitute for meat or ordinary butter. This is the first recorded mention of peanuts being turned into butter. The thing about Kellogg’s ‘inventions’ is that neither of them sounds remotely appealing!

The idea that roasted, ground peanuts could actually taste good seems to have been down to a bloke called George Bayle, who ran a snack food company in St Louis, Missouri around the same time that Kellogg was applying for his patents.

He touted his ‘ground peanut paste’ as a source of protein for people whose teeth were so bad they couldn’t chew meat. The product took off and, having worked out a way to mechanise the grinding of the roasted peanuts, Bayle started selling it out of barrels.

Despite Bayle’s innovation, however, Kellogg’s promotion of his paste and the fact that he was the first to describe it as peanut butter has earned him a place in the record books as the inventor of peanut butter.

Peanut butter was a cheap source of protein, so it quickly became something of a staple in US households. By the turn of the twentieth century, companies all over that country were making peanut butter, many of them using peanut grinders made by former Kellogg employee Joseph Lambert.

The oil separating from the nuts caused much consternation across the country, which they could have solved using a spoon. Instead, a chemist introduced hydrogenated oil to peanut butter in1922 and the slippery slide towards processed varieties of the product began; sugar, however, wasn’t introduced until 1955.

The same chemist, Joseph Rosefield, sold both smooth and ‘chunky' peanut butter under the Skippy brand. The Second World War was probably responsible for the spread of peanut butter consumption around the world as US servicemen took their breakfast favourite with them as part of their rations.

Since then, Canada and the Netherlands have taken such a fancy to the stuff that they now eat more of it per capita than the Americans. It’s also taken a strong hold over the breakfast spread market in Australia, South Africa, Great Britain, and — of course — here in Aotearoa.